ABS-CBN’s FM station in Mega Manila Tambayan 101.9 has announced the nominees for the 3rd Tambayan OPM Awards or TOPMA led by Angeline Quinto, Kamikazee, Erik Santos, and Vice Ganda as it formally opens the text voting to the public to determine this year’s winners 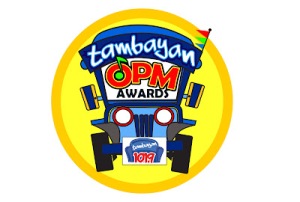 This year’s TOPMA is now bigger as Tambayan 101.9 partners with all the sixteen M.O.R. FM stations of ABS-CBN Regional Network Group, to promote and encourage listeners to vote for their favorite songs or music artists.

“Star Power” grand winner Angeline Quinto earned the most nominations in the roster as she was nominated in the Song of the Year, Album of the Year, Female Artist of the Year, OPM Revival, and Best New Artist categories. She is followed by Erik Santos and Vice Ganda garnering three nominations each.

TOPMA is also introducing a new category this year, the Phenomenal Entertainer of the Year category where Yeng Constantino, Vice Ganda, Toni Gonzaga, and Anne Curtis will be competing. Anne, who made waves in the music scene with the success of her album “Annebisyosa” is also nominated for Song of the Year category with her single “Tinamaan Ako.”

Meanwhile, Tambayan 101.9 will once again recognize an artist and/or song writer who has helped change the OPM industry and has been a true champion of Filipino music through the Tambayani award. The first Tambayani awardee was the late rapper Francis M in 2010 followed by Charice in the succeeding year.

To vote just type TAMBAYAN1-37 and send to 2331 for Globe and Sun subscribers and 231 for Smart subscribers. Voting extended until June 24. For more details on how to vote they can go to http://www.tambayan1019.com

Tambayan 101.9 is currently on its third year of recognizing Pinoy artistry in music. Recently, TOPMA took home an Anvil award from the prestigious Public Relations Society of the Philippines (PRSP). TOPMA successfully paid tribute to Filipino music artists by honoring original Pinoy music and engaged its listeners and provided an avenue for its DJ’s to interact with them during the awarding event.

Here is the complete list of text syntax to vote for your favorite song or music artist: