MANILA — Singer Erik Santos said his biggest dream is to release an international album and make a name for himself abroad. 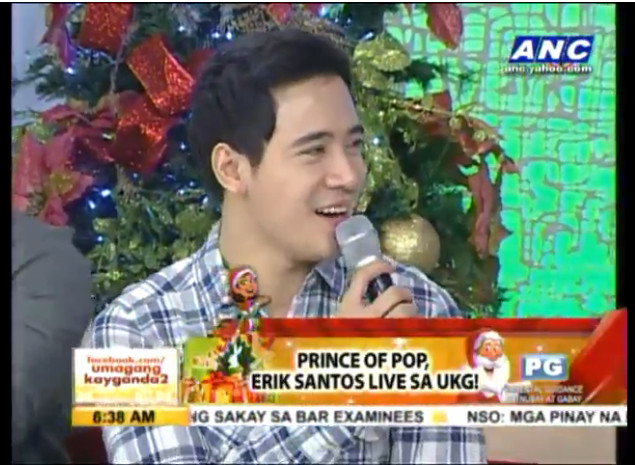 Santos said he is happy to be given the chance to share his talent for a decade now since winning the ABS-CBN singing competition “Star In A Million.”

To mark his 10th year in the business, Santos will be holding a special concert “InTENse: A Decade with the Prince of Pop” on November 9 at PICC Plenary Hall.